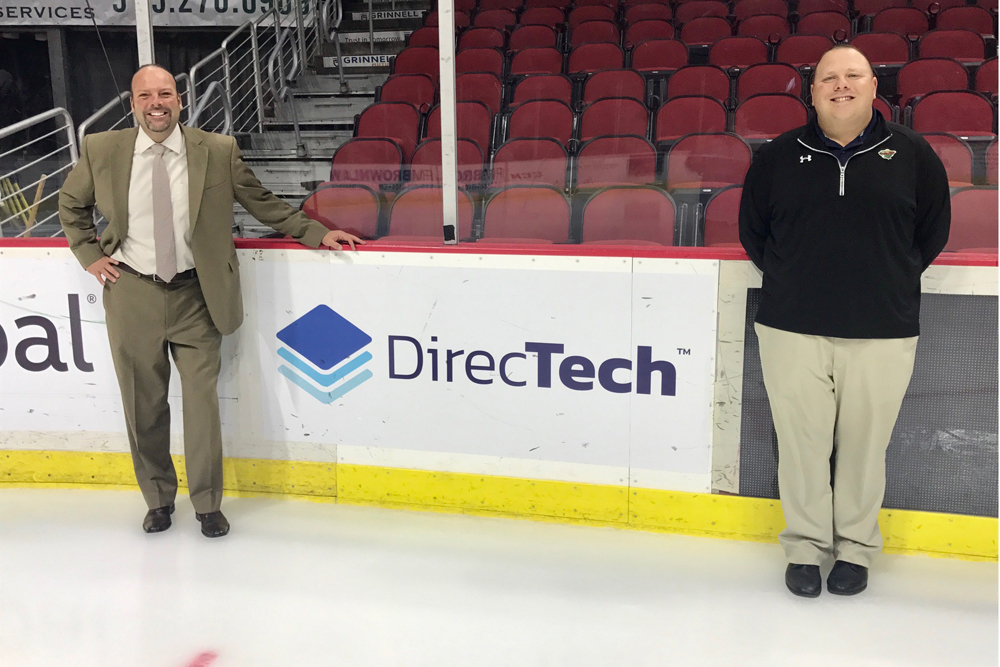 DirecTech has announced a partnership with the Iowa Wild to bring up-to-date news to professional hockey fans in the Des Moines area and throughout Iowa.

Dan Tooker, DirecTech’s director of sales, said he is excited about the partnership.

“We’re going to do some special features of some of the hockey players to get to know a little more behind the scenes,” Tooker said. “We’ll inform the fans a little more about their favorite players.”

The Iowa Wild is a member of the American Hockey League as an affiliate of the National Hockey League’s Minnesota Wild. The team has played out of the Wells Fargo Arena in downtown Des Moines since 2013 where they enjoy widespread support drawing an average of 9,000 fans per home game.

DirecTech is being recognized for their support of the Iowa Wild with a prominently featured runner advertisement on the boards at Wells Fargo Arena.

LET US HELP GROW YOUR BUSINESS